Eastern IFCA is currently participating in the Planning Inspectorate’s examination of the Norfolk Boreas Offshore Wind Farm proposal. The scale of the Norfolk Boreas project means it is classed as a Nationally Significant Infrastructure Project (NSIP) under the Planning Act 2008. For all NSIPs, applications for Development Consent must be submitted to the Planning Inspectorate, who then examine applications in depth over a six-month period, during which they request submissions from stakeholders and statutory advisors. After this six-month examination, the Examining Authority make recommendations to the government as to whether the plans should be given the go ahead. The Secretary of State for Business, Energy and Industrial Strategy has the final say as to whether Development Consent is granted.

Norfolk Boreas is the sister project to Norfolk Vanguard, which has already been through the examination process, with a final decision on Development Consent due from the Secretary of State in 2020.

Our role in the Examination focuses on promoting measures that would ensure Norfolk Boreas is developed sustainably and in a way that does not negatively impact on inshore fisheries, biodiversity or marine conservation.

If both projects are accepted, Norfolk Boreas and Norfolk Vanguard will share an offshore cable corridor. The marine electricity cables will travel nearly 50km from the windfarm, through Haisborough, Hammond and Winterton Special Area of Conservation (SAC), before making landfall at Happisburgh. Our interests lie primarily in the inshore area of the cable corridor, from landfall out to six nautical miles, because this area coincides with the IFCA district. 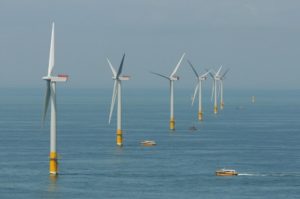 Estimates suggest that together, Norfolk Vanguard and Norfolk Boreas could power 3.9 million UK homes, or almost half of the energy needs of the East of England. Eastern IFCA recognises the value of this and are committed to supporting the sustainable development of renewable energy production in our district wherever this is appropriate, recognising the environmental benefits of fossil-fuel free energy production and the East Marine Plan’s objectives to realise the potential of renewable energy. Offshore wind farms are likely to be the most significant transformational economic activity over the next twenty years along England’s east coast, and therefore have both environmental and economic benefits.

To ensure that Norfolk Boreas can realise its full environmental and economic potential, we are working with the Applicant to advise on fisheries and conservation interests, and how negative impacts can be avoided and mitigated.

Eastern IFCA has developed measures to close some areas to bottom-towed fishing in the Haisborough, Hammond and Winterton SAC to protect Sabellaria reef. Sabellaria spinulosa is a tube-building polychaete that can form biogenic reef under the right conditions. This reef is important because it provides food and shelter for a range of other species, increasing local biodiversity. The closed areas will be implemented via our proposed Marine Protected Areas Byelaw 2019, which we consulted on in summer 2019.

One of these closures, Restricted Area 36, lies within the corridor for the Norfolk Boreas electricity cables. Eastern IFCA has been working closely with the Applicant, with support from the Marine Management Organisation and Natural England, to request that all possible efforts are made to microsite these cable routes to avoid our closure. Although the scope of Eastern IFCA Byelaws is restricted to managing sea fisheries resources and protecting marine ecosystems from impacts of fishing, Eastern IFCA is keen to encourage parity by urging regulators of non-fishing activities that could damage or disturb sensitive features (including cable laying) to avoid such activities in areas closed to fishing for the protection of these features, wherever this is possible.

We have also been working to highlight the lack of long-term understanding and certainty in evidence on the impacts of electromagnetic fields on marine life. 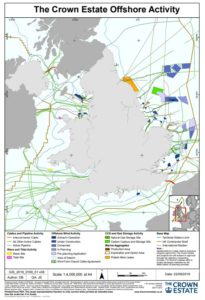 Eastern IFCA is acutely aware of the scale of both licensed and planned offshore activities, particularly offshore wind farm development and aggregate dredging, in the southern North Sea, and the cumulative effects these activities can have on our local fishery stakeholders.

We have highlighted in our submissions to the Examining Authority that cable installation and maintenance can have disproportionate impacts on the inshore fishing industry, which is characterised by small vessels operating within a short range from launch sites and with limited ability to diversify into different fishing grounds or new fishing gear. Cable installation was once thought to be a one-off impact, however, experience from other wind farms constructed in the East marine area has taught us that cables will often require reburial during the lifetime of the project – sometimes several times – and that if repeated reburial is required then artificial protection (e.g. rock armouring) may be needed.

In a response to a question from the Examining Authority, Eastern IFCA have also reflected comments made by the Caister Inshore Fishermen’s Association regarding the potential for navigational conflict and the gravity of consequences of marine collisions, highlighting that commitments made during the application process relating to communication with the fishing industry need to be upheld if the project goes ahead.