Cromer Shoal Chalk Beds MCZ extends along the Norfolk coast from just west of Weybourne to Happisburgh, extending around 10km out to sea and covering an area of 321km2. The site was designated in 2016 to protect a range of seabed habitats including  subtidal chalk, sand and gravel, and small areas of peat and clay. 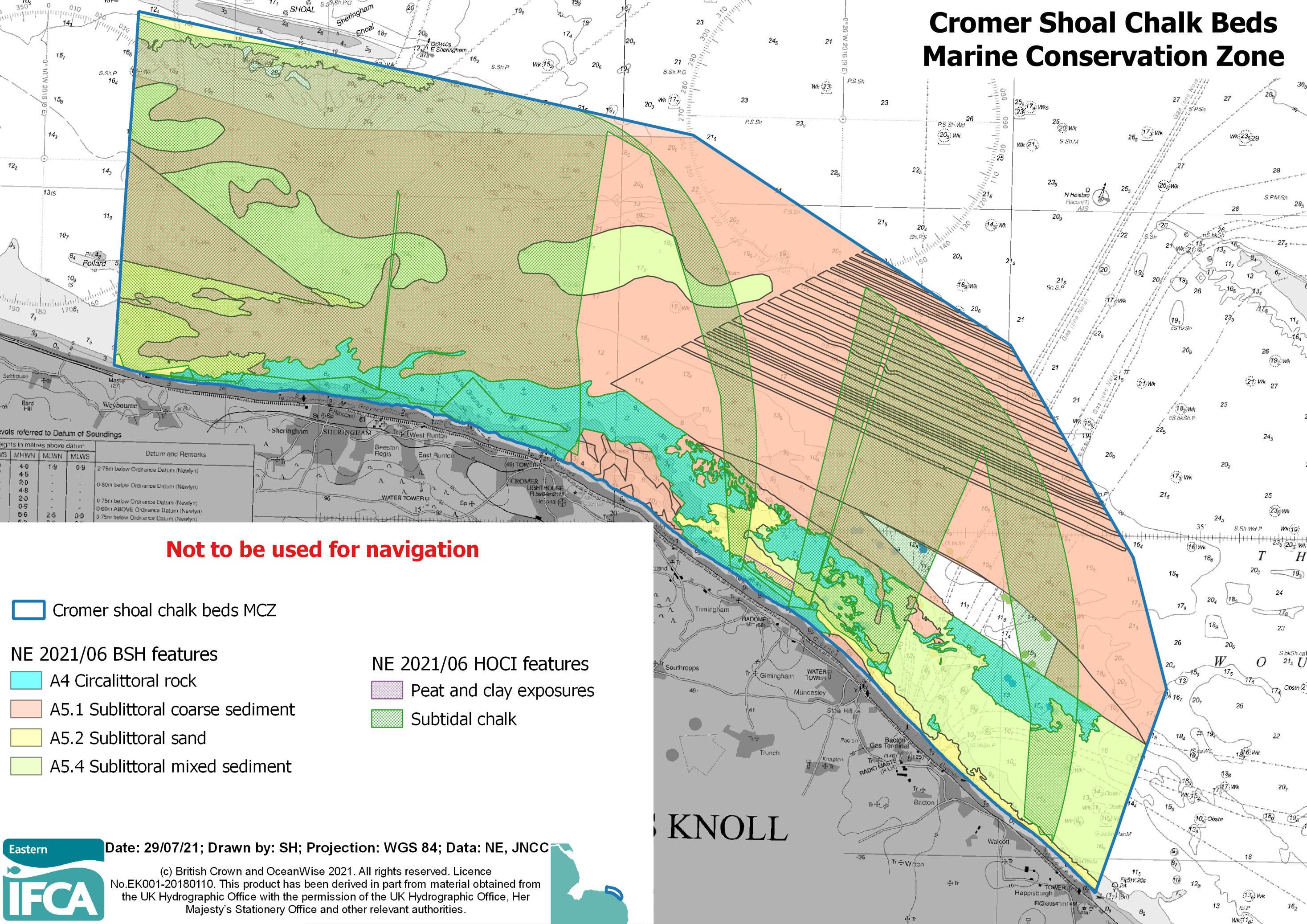 This inshore parts of the MCZ boast some of the best examples of subtidal chalk beds in Europe. These occur in the form of flat plains, ridges, gullies and undulations of chalk, which are unique and of particular scientific interest because they occur in a part of the Southern North Sea that predominantly contains soft sediment habitats .The complex, rugged chalk structures are associated with higher levels of biodiversity than flat rock or sediment seabeds, and they support a wide range of organisms by for instance providing shelter for spawning, foraging and refuge from predators (read more in the Natural England research report and GOV.UK information page linked below!). Among the wide variety of organisms supported by the chalk structures are the commercially targeted Brown crab (Cancer pagurus) and European lobster (Homarus gammarus).

When the MCZ was being considered for designation, the generally accepted understanding, based upon best available evidence available at the time, was that fishing using pots did not have a damaging effect on hard seabeds such as rock. It was therefore suggested at the time that, should the site be designated, there would be no need for restrictions on commercial potting activity within the site. This provided reassurance to stakeholders that supporting the MCZ designation would not lead to impacts on the local fisheries and livelihoods dependent on the fisheries.